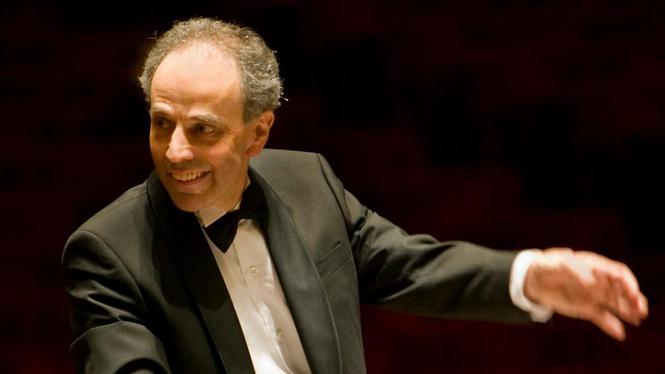 Brand-new principal conductor Ed Spanjaard has propelled the Orkest van het Oosten towards an outstanding performance. The relationship between the orchestra and its conductor leaves nothing to be desired.

Where other orchestras prefer to get their conductors from abroad, the Orkest van het Oosten has had a Dutchman at the helm for the past twenty years. That’s no questionable honour: in 1997, Jaap van Zweden, still young at the time, stepped onto the rostrum here, with Jan Willem de Vriend taking over the baton after nine years. The orchestra has held onto this tradition: last Friday, the orchestra officially handed over the reins to Ed Spanjaard, together with a loaf of Twentse krentenwegge.

The brand-new principal conductor immediately shifted the attention from himself to Alphons Diepenbrock’s Elektra Suite, music by a Dutch composer yet with a distinct non-Dutch allure. The squealing sounds of cymbals and flutes coming together depict the cruel fate that is palpable throughout this mythical drama, interspersed with the mild, dreamy tones produced by the string section and a triumphal procession in conclusion.

This season, the 68-year-old conductor will offer four programmes in which traditional repertoire such as Bruckner’s Fifth Symphony is alternated with more idiosyncratic pieces, including new works by Wilbert Bulsink and Kurdish-Dutch composer Hawar Tawfiq.

Spanjaard has already worked with the orchestra on several occasions in the past, so it was no surprise that the relationship between him and the players left nothing to be desired. In Ravel’s Piano Concerto, the ensemble allowed the perfume of sounds exuded by piano soloist Severin von Eckardstein to waft up to the even the highest seats in the hall, but despite this exuberance, balance and transparency were constantly maintained.

In Dvořák’s Ninth Symphony Spanjaard also revealed himself to be an ideal playmaker who is able to propel the orchestra towards an excellent performance, particularly in the serene second movement.